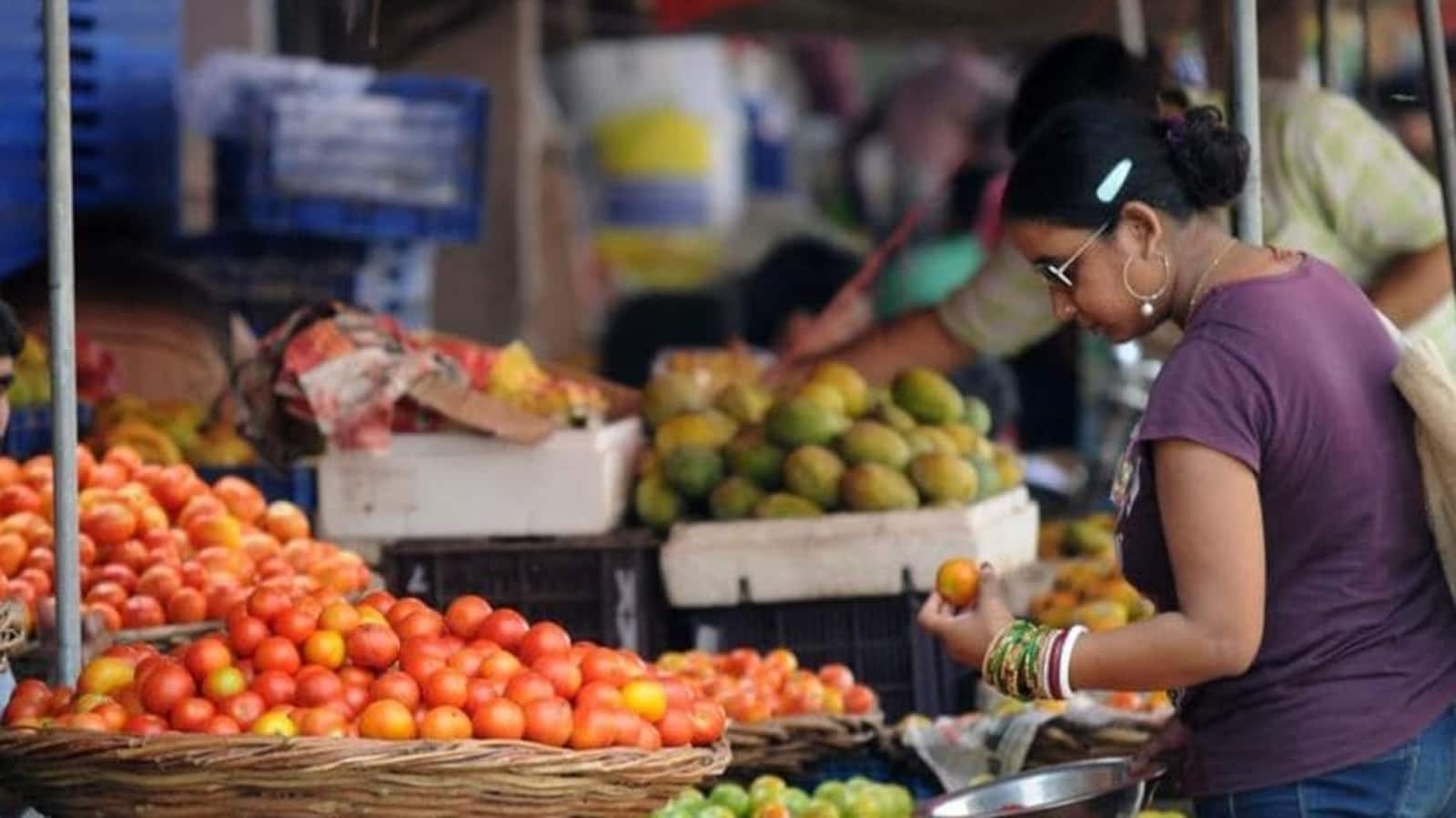 Tomato prices have shot up across the county and are being sold at over ₹100 per kg in some southern states because of widespread rain, government data showed, prompting the Congress party to hit out at the Bharatiya Janata Party (BJP)-led Centre.

The sharp rise in tomato prices in major cities of south India is being attributed to widespread moderate to heavy rainfall since the first week of November. The tomato crop has been damaged due to the rain and it has led to a shortage in its supply.

People in Kerala’s Kottayam have to pay ₹120 per kg of tomatoes, those in Ernakulam ₹110 per kg, Thiruvananthapuram ₹103 per kg, Palakkad ₹100 per kg, Thrissur ₹97 per kg and those in Wayanad and Kozhikode are buying them for ₹90 per kg.

In Andhra Pradesh, tomato prices were ₹91 for a kilo in Vijayawada, ₹80 per kg in Visakhapatnam and ₹75 per kg in Tirupati.

However, according to the data by the consumer affairs ministry for 167 centres representing all regions of the country, tomatoes were being sold at ₹72 per kg in Delhi.

“The tomato supply to Delhi from south India has been affected because of the rains. If rains continue in the coming days, the prices in the national capital might rise from the current level,” Ashok Kaushik, the president of the Azadpur Tomato Association, told PTI.

The Congress party said that the government is trying to divert people’s attention from these real issues like inflation to “non-issues” of caste and religion.

Congress spokesperson Pawan Khera said that prices of commodities of daily use are sky-rocketing due to which the masses are suffering. “It appears as though there is Section 144 in the kitchen that you cannot keep more than four tomatoes or onions,” Khera told reporters.

“We would not allow the collective attention of the country to be hijacked by this government by creating non-issues by hiding their failures,” he said.

National Horticultural Research and Development Foundation data shows that India is the world’s second-largest tomato producer after China and produces around 19.75 million tonnes from an area of 7.89 lakh hectares with an average yield of 25.05 tonnes per hectare.

Around 2,000 people arrested for violence over Agnipath, Prophet remark: UP...

Amid work stress, find out how you can get a peaceful...