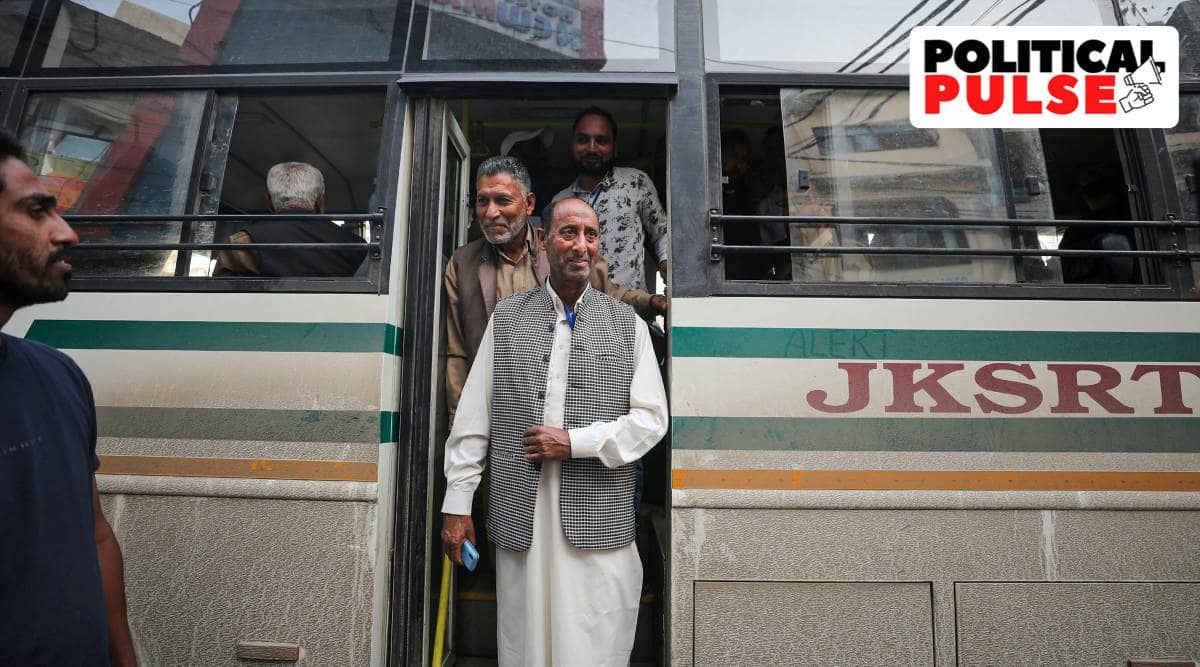 Besides making a push for industrial and infrastructure development in Jammu and Kashmir, Prime Minister Narendra Modi’s visit to Palli village in the Union Territory (UT) on Sunday will also have a significant political message.

With top business leaders from UAE accompanying PM Modi at the Palli function, the occasion will showcase the support of industrialists and investors from a leading Islamic country to India’s moves for ensuring all-round development and peace in J&K in the wake of abrogation of Article 370 in August 2019. This will be PM Modi’s first official visit to the UT since then.

From Palli in Samba district, which has an international border with Pakistan, the PM will be addressing the J&K people as well as the members of rural local bodies across the country as part of the first-ever Panchayat Divas celebrations in the UT, even as the function will also see the ground-breaking ceremony of industrial development proposals worth Rs 38,082 crore.

The event is aimed at sending out a signal how the UT is “fast developing and transforming”, highlighting the “vibrancy of democracy at the grassroots” following the scrapping of Article 370 that guaranteed special status to the erstwhile J&K state.

The Rs 38,082 crore private sector investment proposals for J&K has been touted as the largest-ever private investment coming into the region over the past 75 years since such investments for industrial development had been less than Rs 15,000 crore in J&K during this period, according to official sources.

While Palli has been dubbed as the country’s first carbon neutral panchayat with all its 340 houses powered by solar power and the village accounting for 100 per cent saturation of all government schemes’ benefits, the PM will be inaugurating the 8.45 km- long all-weather Banihal-Qazigund road tunnel built for Rs 2,100 crore, besides laying the foundation stones of the 850 MW Ratle and the 540 MW Kwar hydel power projects over the Chenab river.

Of the proposed private sector investments, over Rs 3,000 crore will come from the UAE for the first time for J&K’s infrastructure development. This assumes significance in the Muslim-majority J&K region over which Islamic countries have been maintaining a neutral stand due to Pakistan’s frequent attempts to project Kashmir as a disputed territory with India at all international forums including the United Nations. Even in Kashmir, many have been looking towards the Islamic world for support in case of any disagreement with New Delhi.

“Yes, all are coming,’’ said J&K principal secretary, industries and commerce, Ranjan Prakash Thakur. The group chairman and CEO of the DP World, Sultan Ahmed bin Sulayem, Emaar Properties founder and MD Mohamed Ali Alabbar, Lulu Group chairman and MD Yusuf Ali MA are among many prominent representatives of major industries and MNCs who are coming to attend the Palli event, he added.

The UAE’s leading MNCs like DP World, Emaar Properties, Lulu Group, Royal Strategic Partners and WizzFinancial have pledged an investment of nearly Rs 3,000 crore in Infrastructure, IT, hospitality and food processing, he said. A number of leading private investors from Abu Dhabi and Dubai will arrive in Jammu via Srinagar on April 24 morning, he said, adding that “investment from Qatar will also come in J&K”.

“It is a historic turnaround as until now the Islamic world used to avoid investments and maintain status quo in respect to Jammu and Kashmir in view of both India and Pakistan staking claim over its areas falling on other side of the Line of Control,’’ said KB Jandial, a political analyst and ex-bureaucrat. Now, investment coming from UAE is a “tacit recognition” to the Government of India’s action to abrogate Article 370, he said, adding that the latter seems to have successfully conveyed a message across the Islamic world that their investment in J&K will be fully protected and that all is well in the UT.

Claiming that other Islamic nations will follow suit, Jandial said the move will also open people-to-people contact between people of the UT and the Islamic world as such an infrastructure push following a massive investment will lead to greater inflow of tourism, which will, he added, make Pakistan further isolated over the Kashmir issue.

Meanwhile, the UT administration has invited all the 33,000 elected members of J&K’s rural local bodies to the Palli function, deploying special buses and booking most of the hotels in Udhampur, Katra, Jammu, Samba and Kathua to facilitate their visit, sources added.

The police and security forces are also maintaining heightened vigil in view of the PM’s visit. Two heavily armed Jaish-e-Mohammad fidayeens, suspected to have come from across the border only recently, were gunned down by them during a joint operation on Friday morning in Jammu city’s Sunjwan area.

Nitish talks of how no help came from even BJP during...

‘We are not rebels’: Eknath Shinde’s Sena leaves Guwahati as SC...