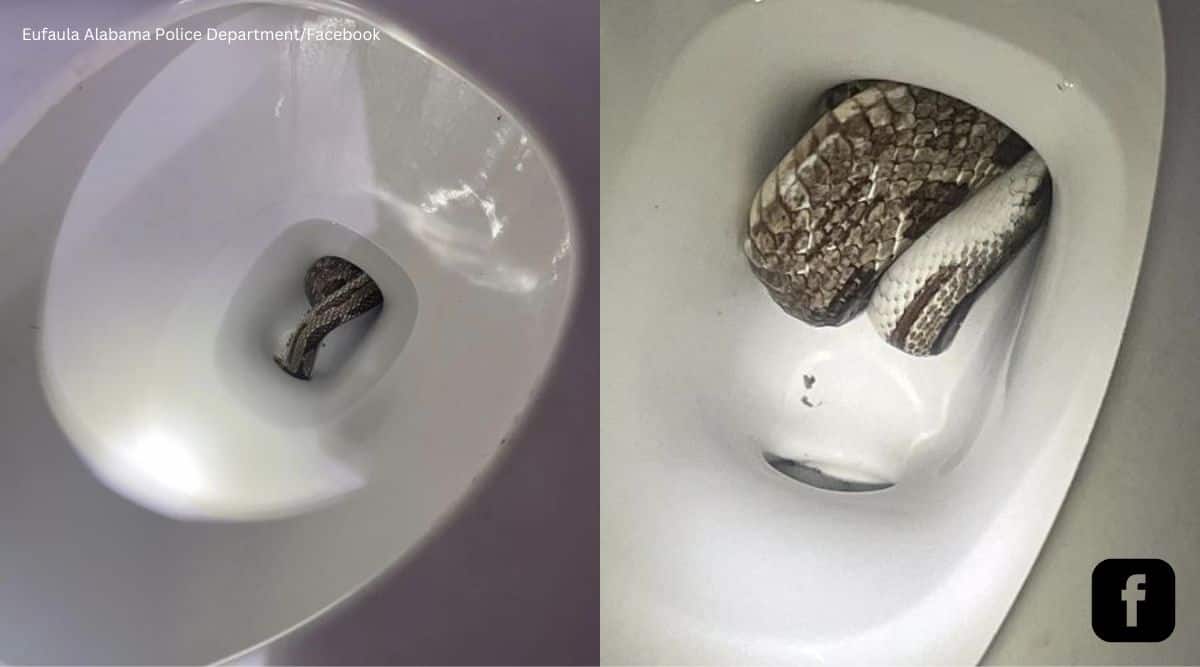 Heading to the toilet and finding a snake nestled in there is the stuff nightmares are made of. Something similar happened to a family in Eufaula area of Alabama, US who found a slithery intruder inside the toilet of their home. The Eufaula Alabama Police Department, who caught the reptile, came up with a quirky post on social media and added finding a snake in the toilet was not expected in the list of calls they would generally receive during the day.

The Gray Rat snake was rescued and released into its habitat. “We never know from one day to the next what kind of call we will recieve during our shift. Today was no exception, however a snake in the toilet wasn’t on our list of possibilities. Day shift removed the unwelcomed visitor and released it to a more suitable habitat. The snake was a harmless Gray Rat Snake. In the snakes defense, he was just trying to reach the homeowner about their car’s extended warranty,” read the Facebook post.

The law enforcement agency also shared a photograph of the snake inside the toilet. Many users were shocked by the news and said that they would always turn the lights on next time they use the loo. A user commented, “Exactly why I turn the lights on and check the toilet at night.” Another user wrote, “That would have been it for me! I would have fainted when I saw the thing plus hitting my head on the commode!! I promise u I won’t go to the bathroom without turning the lights on tonight!”

Recently, a 12-foot-long python was spotted in a Thailand family’s washroom and a video of the same did rounds on social media. The python reportedly reached the plush bathroom through the toilet.

At over 7%, price rise likely to keep pinching till Sept:...