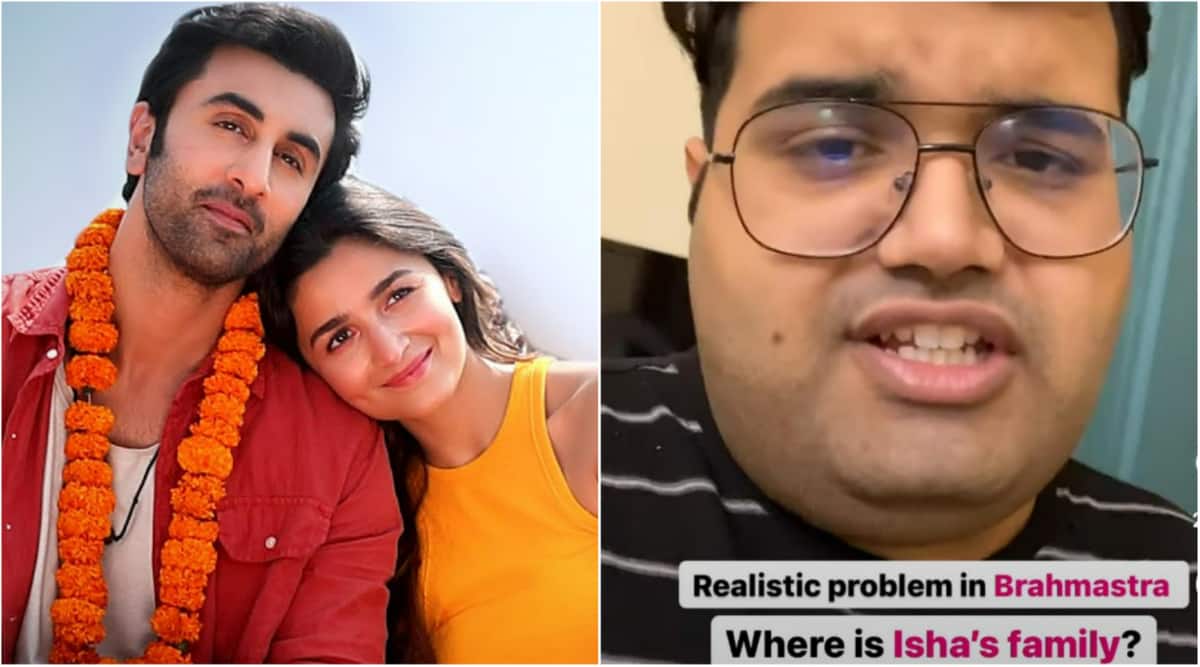 Ever since the release of Brahmastra, fans have been having a field day creating memes around the Ranbir Kapoor-Alia Bhatt film. From Isha’s dialogues revolving around Shiva, to him being the quintessential ‘roadside Romeo’, content creators have been posting hilarious videos around the many plot points of the Ayan Mukerji directorial. A comedian and digital creator, Karan Sareen, shared a video on Instagram asking some pertinent questions from Isha’s family, and why they weren’t bothered about her whereabouts in the film.

The content creator, who goes by the name Gorgeouspotaahto, posted the video writing, “Realistic problem in Brahmastra- Where is Isha’s family?” In the video, Karan is seen asking why Isha’s father and sister did not react to her disappearance after she heads out with Shiva on an India tour, after just their second meeting.

“Why are you guys not talking about the most unrealistic part in the film– why is Isha’s father not registering a missing complaint with the police for his young daughter. This girl just came to India, and the second day after her return, she left on a pan-India tour with her new shady friend. Sometimes she is fighting the Kaldrishti gang and sometimes she is breaking her arm after falling from a terrace…More than Isha, Harry Potter’s dead parents checked up on him even as ghosts,” he is heard saying in Hindi.

Karan further discussed Isha’s obsession towards Shiva and also whether they came to India just to help him out. He says, “It looks like her father just came to India to leave her with Shiva that ‘take care of your responsibility, we’re tired of her.’ Her family abandoned her, maybe because they got irritated that she takes Shiva’s name 6600 times a day. Or they don’t care because their daughter is a side-chick energy kind of girl who can die today or tomorrow.”

Fans were quick to drop LOL emojis on the post as many also said that he has stated ‘facts’. A user replied, “hahaha so true same to same sbki mummyia same hi hoti h,” while another added, “Same broo sameeeeee!!!!!!!!! katai dora the explorer banakr chodh diya h aulaad ko!.”

Also starring Amitabh Bachchan, Nagarjuna, Mouni Roy, and Shah Rukh Khan, the first part of the trilogy released on September 9. Brahmastra is still doing good business in the theatre and is expected to cross Rs 200 crore mark after Sunday collection.

“I have been cropped out of Ravi Shastri’s life,” Nasser Hussain...