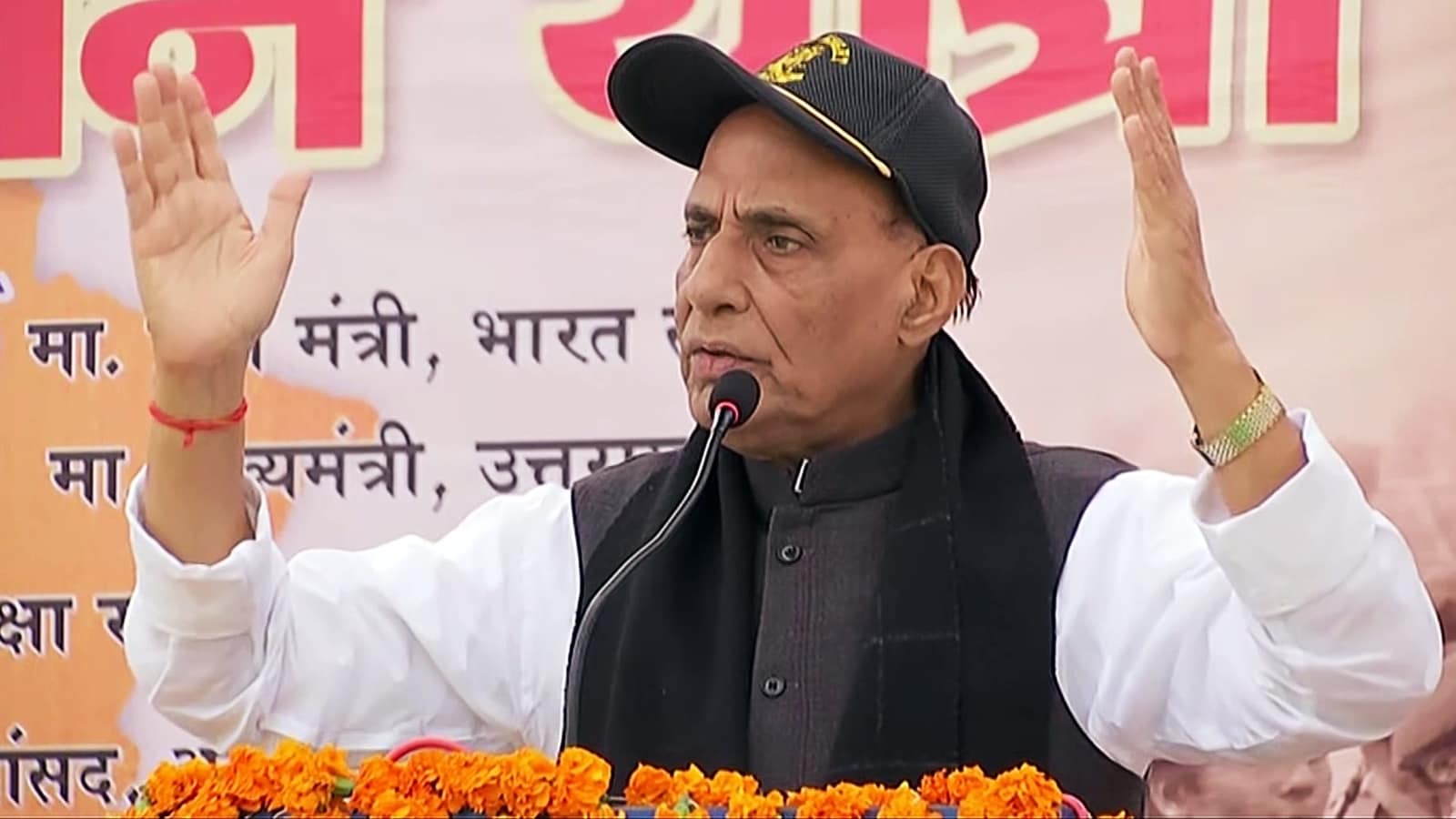 Singh, a senior BJP leader, was in poll-bound Uttarakhand to launch the second leg of the ‘Shaheed Samman Yatra’ from Jhaulkhet Moonakot in Pithoragarh district.

Defence Minister Rajnath Singh on Saturday said India wants good relations with its neighbours but warned that it will give a fitting reply to any country that attempts to occupy even an inch of its land.

Singh, a senior BJP leader, was in poll-bound Uttarakhand to launch the second leg of the ‘Shaheed Samman Yatra’ from Jhaulkhet Moonakot in Pithoragarh district.

“We want good ties with our neighbours. India has never attacked any country. Neither has it ever occupied a foreign territory. Having good ties with neighbours has been India’s culture but some people don’t understand this. I don’t know whether it is their habit or temperament,” he said. Naming Pakistan, Singh said it keeps trying to destabilise India through terrorist activities and a stern message has already been given to it.

“We have given a clear message that if it cross its limits, we will just not retaliate on the borders but can even cross over into its territory and do surgical and airstrikes,” he said.

When Sonam Kapoor made Arjun Kapoor third wheel on her dates,...

ISL 2021-22 Final Live Streaming: When and where to watch