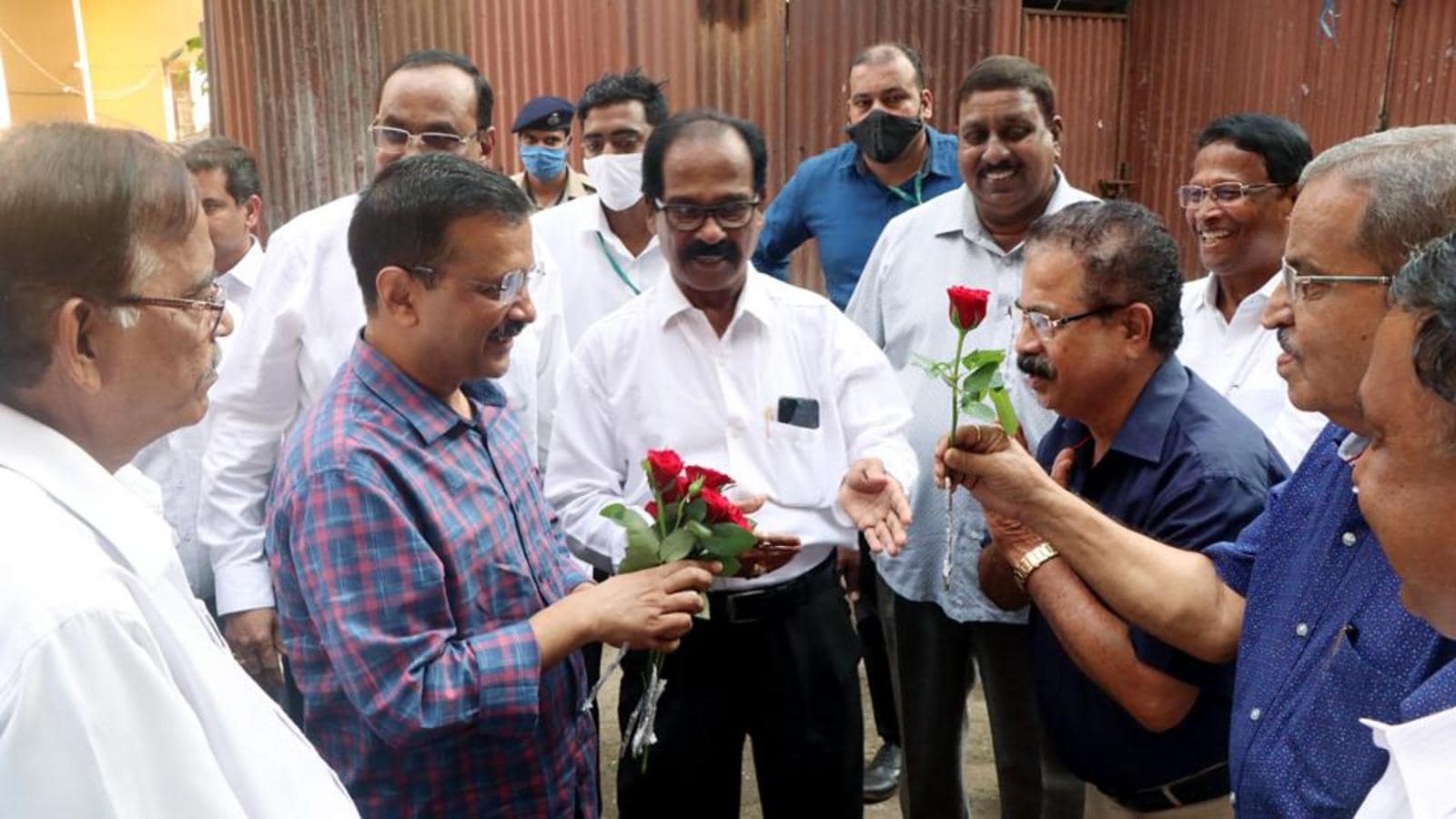 PANAJI: Delhi chief minister and Aam Aadmi Party (AAP) national convener Arvind Kejriwal on Sunday promised to resume mining in Goa, if his party is voted to power, and launched a scathing attack on those accusing him of indulging in “soft Hindutva” by visiting temples

“I am giving an assurance that within a maximum of six months of forming a government we will resume mining in the state. With the help of people like Puti Gaonkar who has been battling for the poor people affected by the mining shutdown, we will definitely be able to form the next government in the state,” said Kejriwal, who is on a two-day visit to the poll-bound state.

Replying to a query on whether he was indulging in “soft Hindutva” by visiting temples, the Delhi CM said: “Do you go to the temple? I also go to the temple. There is nothing wrong in going to the temple. You feel peaceful when you visit it. What is their (those alleging soft Hindutva) objection? Why there should be any objection?. I am going to a temple because I am a Hindu. My wife visits the Gaurishankar temple.”

On Friday, Gaonkar had announced that he will be contesting the upcoming polls in the state on an AAP ticket from the Sanquelim assembly constituency held by chief minister Pramod Sawant.

Praising Kejriwal, Gaonkar said the AAP is “not like other parties that keep giving assurances but fail to deliver”.

Goa’s iron ore mining industry ran into legal wrangles following the tabling of the Justice M B Shah Commission report in Parliament in 2012. In the Supreme Court case that ensued, the SC ruled that Goa’s mining leases had expired in 2007 and asked that fresh leases be granted. The state government however ‘renewed’ the leases in 2015, prompting yet another shutdown in 2018 when the SC ruled that the ‘renewal’ was illegal and reiterated its earlier stance that the leases will have to be granted afresh and the lease renewals were invalid.

Ahead of the 2019 assembly elections the BJP had repeatedly promised that mining will restart as part of its electoral promise to Goa.

Goa chief minister has now promised that an auction will be held over the coming months as well as promising that a mining corporation would be set up to ensure quicker restart of mining.

The mining industry was a major revenue and employment generator for the state and at its peak contributed close to 15% of the State’s GDP. The state used to export 54 million tons per annum before the ban came into effect in 2012 as a result of the Shah Commission report.

Explained: Why a no-fly zone is unlikely in Ukraine

‘Panel to probe scam of handing over land to builders by...

Behind the Art: Why Edvard Munch’s ‘The Scream’ is considered as...

Ahead of UP polls, Mamata to virtually campaign for Samajwadi Party...

Smriti Irani on Congress charges against daughter: ‘See you in court’

UP: Elderly woman dies after being assaulted by police team, alleges...