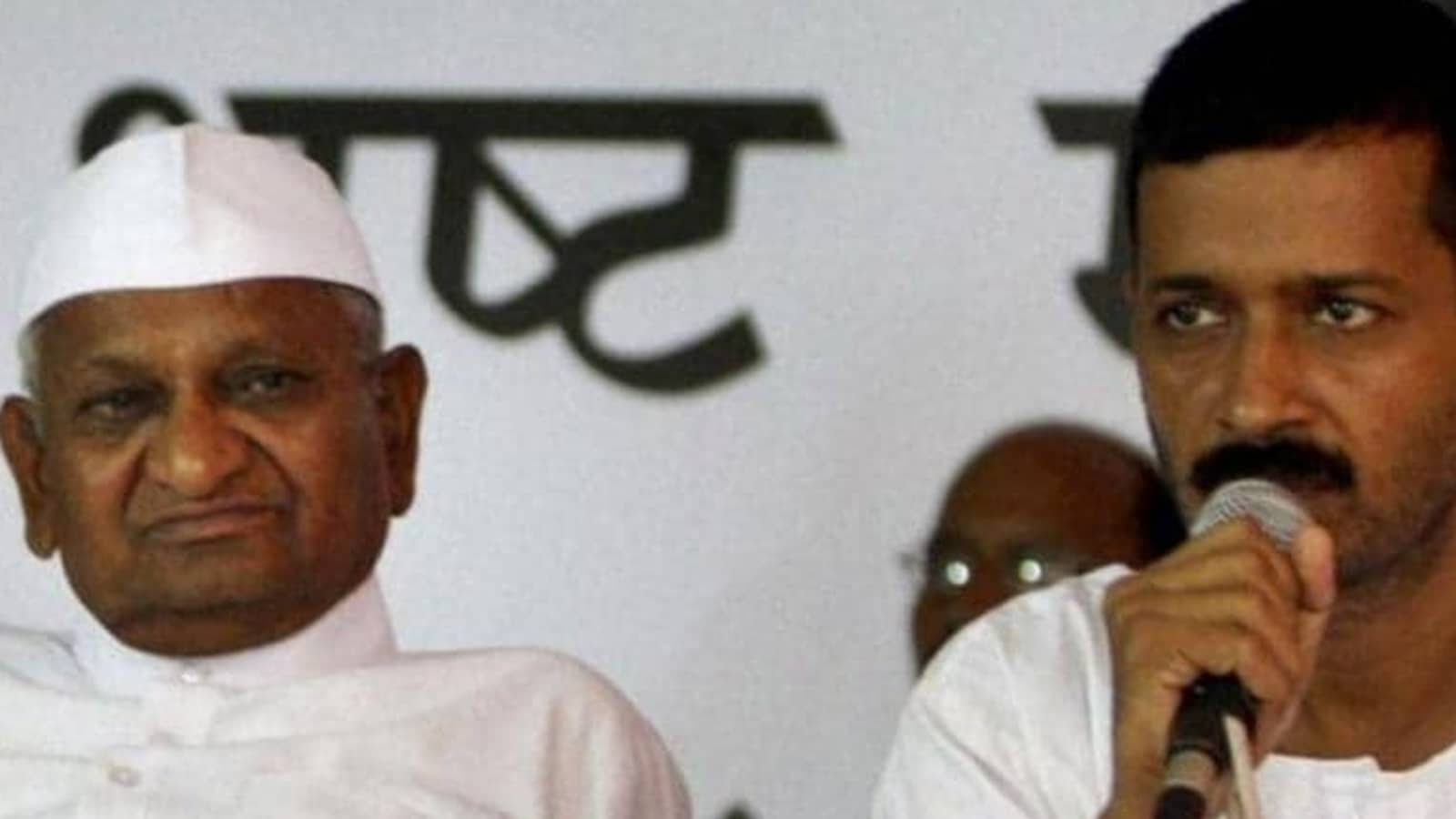 The Delhi excise policy controversy has been deepening as each day passes and now Anna Hazare – who had gained prominence as an anti-corruption crusader about a decade back – has now written to Arvind Kejriwal. The Delhi chief minister – in a two-page letter – has been reminded of the Lokpal movement.

Referring to the row, Anna Hazare said that he did not expect “such a policy from the Delhi government”, underling that the Aam Aadmi Party was born out of a huge movement. “It seems that people are stuck in the vicious circle of money and power.”

“After becoming the chief minister, you have forgotten about the Lokpal and Lokayukta, which were at the centre of the anti-corruption movement. In the assembly, you have not even once tried to bring in place a strong Lokayukta. Now your government has brought in a policy which will ruin lives, and affect women too,” the 85-year-old activist wrote in a sharply-worded letter.

“This shows that your words are different from your actions,” he said. The new excise policy, Anna Hazare claimed, can encourage corruption by allowing of opening of shops across the city. He also cited the protests he had led over the liquor policies in Maharashtra, giving an example of a policy which gave women in villages to voice objection to the sale of alcohol. A copy of the letter was shared by news agency ANI.

“Got a clean chit,” Sisodia said after a half-hour long search, a day after saying that the probe agency’s officials could not find anything during searches at his home.

Arvind Kejriwal and his party leaders – as they are accused of corruption by the BJP – have been claiming that the rival party has been trying to topple the elected government in the national capital by making claims on the liquour policy.

Taiwan to coordinate with India, US, Japan to consolidate peace